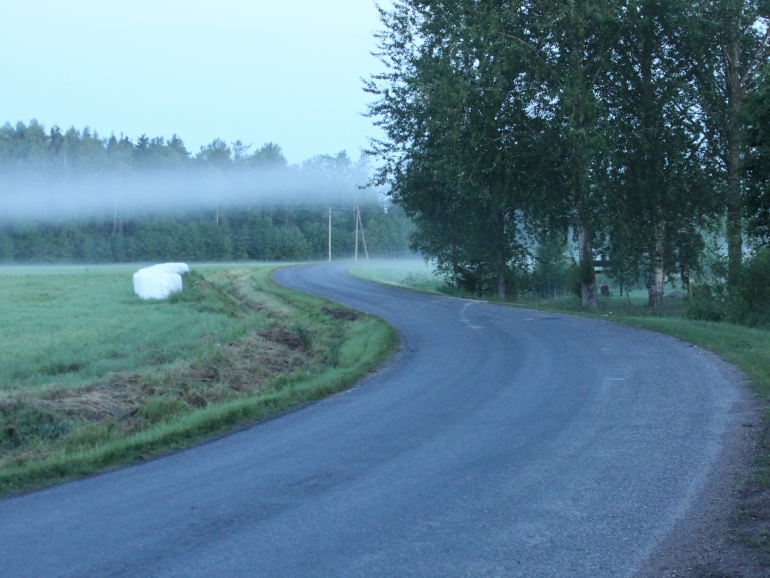 “Hope is the opposite of fear.”

The crisp, morning air from the half-opened window welcomed me into the new day and breathed hope into my problem.

Despite what had burdened me over the last few days, I was relaxed.  I made a big breakfast for Tambet and me, which we enjoyed on his balcony while further discussing my options for reaching the end of the continent without having to fly home first. Just having him there to talk to helped a lot.

He left for work and I threw myself back on the couch. I opened my email box to check if the visa agency had been successful in their enquiry at the Chinese consulate into whether they could conduct the visa interview over Skype, or over telephone, or any logical solution for somebody who is travelling away from their own country.

The subject line gave nothing away.

This is not a piece of fiction, therefore I cannot write whatever I want. So, of course, it was unsuccessful. I either had to fly home, staining the hitchhiking element of my trip, or the visa application would be refused.

I learned a valuable lesson on how to stay positive from this trip-threatening fiasco – Hope is the opposite of fear.

We get fearful when our mind focuses on negative possibilities, and hope is the result of thinking about the equally likely positive outcomes. The happy ones among us are those who focus on the latter. In most situations, things seem to play out not terribly, nor extremely well, but somewhere half-way.

Remaining hopeful before this news had kept me much calmer than I would have been without it. I think we worry because we feel like we can change things by doing so, but the reality is that we have very little to no control over what happens to us. Once we accept this, we are free be happy.

I needed to vent, badly, so I picked up the pillow which I had slept on so peacefully the night before, folded it in half and forced all of my frustration into it. I felt the veins on my eyes pop up, as well as the ones on the side of my head. Unsatisfied, I let out another scream. Almost finished, I let out a final one, which I felt shake the walls of the old, wooden apartment.

That night, Tambet and I went to a party at his friend’s country house. It was one of the final parties of the short Estonian summer. Few of them work during this season, because most of the year it is too cold to host such events.

They were very welcoming. Some of them spoke English very well, some of the not so much; they all learn it in school, but few of them get the chance to practice speaking.

My new friends sensed there was something troubling me and were empathetic. One of them suggested a new idea – going through Afghanistan and Pakistan. I considered it, seeing as my journey is all about questioning the dangers of the world presented by mainstream news, but after quite a lot of research I deemed it to dangerous.

We sat outside together around the campfire next to the woods and the mist-shrouded fields. Tambet explained what the design of the Estonian flag was based on; the three equally-sized horizontal bars – blue on top, black in the middle, followed by white – were right in front of me as I looked into the landscape. The dark blue sky was above the silhouette of the trees, which was based on the white mist.

The night ended as the sun came up, and we all wasted the next day. As the sun clung to the final hours of the day, Tambet and some friends took me to the main road to Tallinn, the capital city, but I didn’t need or want to make any progress today so I set up my tent.

Jack called me that evening to discuss my current situation. He presented a new idea: I still had a Russian visa in my passport which hasn’t been used yet, why not just go around China? I did some quick calculations to find that if I averaged an achievable 400 kilometers per day, I could make it within my 30-day visa. Could I really traverse the largest country in the world in that tight time-frame? Could I really go for a month without resting? Where would I sleep?

I spent the rest of the evening with my map, before falling into a half-excited slumber.