I woke from my tight spot in the trees, unwrapped the corners of my tent and packed it away. I was in Petropavlovsk – the central and northernmost city in Kazakhstan. But before I could have a look, I had been told I needed to “register my arrival.” Did this mean check in with the police? Police in Kazakhstan are infamous for making trouble for foreigners to get bribes. Or perhaps it meant I had to stay in a hotel? I secretly wanted to – warm shower, clean bed and security for one night.

I wandered the streets towards the center, phone in-hand, trying to find an open Wi-Fi signal. But I wasn’t in Europe anymore and it took a few hours and a lot of aching steps do this.

Finally, outside a shopping mall, from a few reliable web sources I found that it had already been done at the border. The need to register was a few years old.

Petropavlovsk was, in one sentence, an amalgamation between the last influence of Russia and the first of Kazakhstan; slum-like houses began to appear and people were squatting instead of sitting. I only noticed this in hindsight, because the cultural change had happened so gradually as a result of travelling by land from the UK instead of flying.

Kazakhstan speaks Russian and not English too, but by now I had picked up enough to get by. As a consequence, I would improve it further.

I still felt the usual anxiety that I do when I enter a new country and I needed a few days to adjust. I walked out the other side of the city towards Astana and stayed in the woods for two nights. I built a huge fire and took comfort in the familiarity of camping. I brewed tea, read a book and cooked dinner. 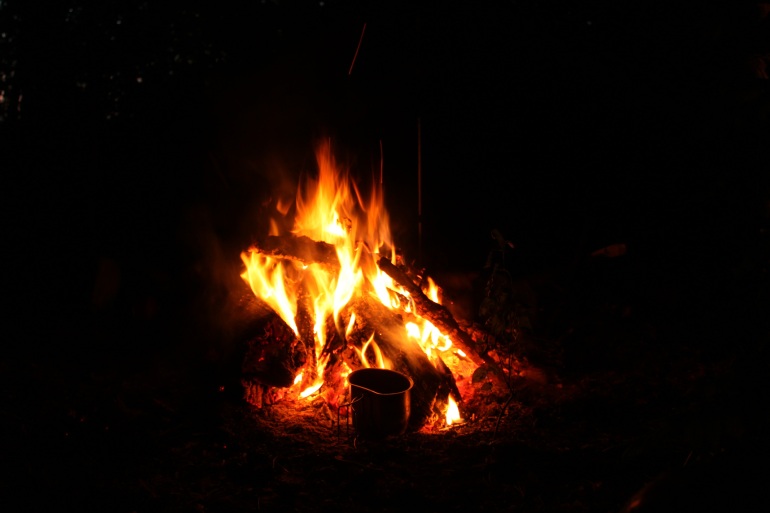 The next day, all I did was venture back into the city, leaving my tent, sleeping bag, etc. behind, to resupply food and water. I maintained the cold Russian neutrality and did not speak with anyone, but here, I noticed, people are a lot more open; they speak to strangers. So, I began to do the same.

Finding Wi-Fi caused a flood of notifications to overwhelm my phone. One was from September, saying she wanted to go on a break. I tried calling via WhatsApp, but the Wi-Fi kept cutting out. Then I tried finding other open spots, but it was the same story. That time-sensitive conversation would have to wait.

I managed to talk to my best friend, Jack, about it and he managed to comfort me a bit. He had just gotten a normal-person job.

I wandered back to the woods knowing what September and I would say, but trying to store the emotions for a few days’ time. The fire was even bigger than the night before, and its mesmerizingly infinite number of appearances made me forget my problems, it warmed me until I slipped into the safety of my tent and crossed the border into sleep.

It was 28 Celsius when I got going at 10am; I was greasy and smelly and didn’t want to get any worse. I found a lake next to the road which I walked into, rinsed my clothes in and walked out of, soaking wet. I walked for another 10 minutes, by which point I had dried completely and put out my thumb feeling nice and cool.

The first lift was from a friendly Kazakh man whose car I think was so old and beaten up, that it was restricted to first gear.

Second, I got taken to a gas station where I saw my first number plate of Tajikistan. I bought bottled water for the first time since day one, and some pastry to keep me going until Astana, the capital.

The next lift took me to the halfway point, but by now it was after dark. I didn’t want to hitchhike at night, after what happened in Russia, so I set up camp behind a gas station. As I did so, I knelt on a piece of broken glass which went quite deeply into my knee. I cleaned it and it seemed to clot quickly, but the next morning I woke up with a small patch of blood on my cargo pants. Luckily, some water cleared it mostly.

I only had 5 hours’ sleep, because I needed to be packed away and walking before anyone saw me at the gas station. The result of this was quite pleasant – walking next to the sun as it climbed the horizon to my left. 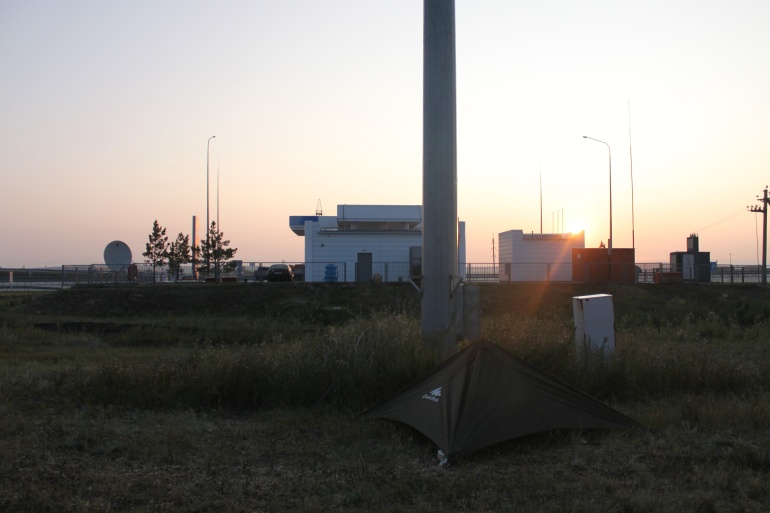 I came up to a police checkpoint and they called me over. ‘Here we go’, I thought. He asked to see my passport, and after asking where my visa for Kazakhstan was and finding the stamp, he showed me YouTube videos for about 20 minutes. I was free to go after that.

A dog (below) then came up to me. I could see that he didn’t receive much attention. I gave him some water out of the bottom of a nearby can, which was a mistake because he followed then wouldn’t leave.

But I began to consider it, having a dog with me. Romantic images began to enter my mind – man and dog, travelling together around the world. Reality quickly set in when he began barking and chasing ever single car that passed. It wasn’t meant to be I suppose. 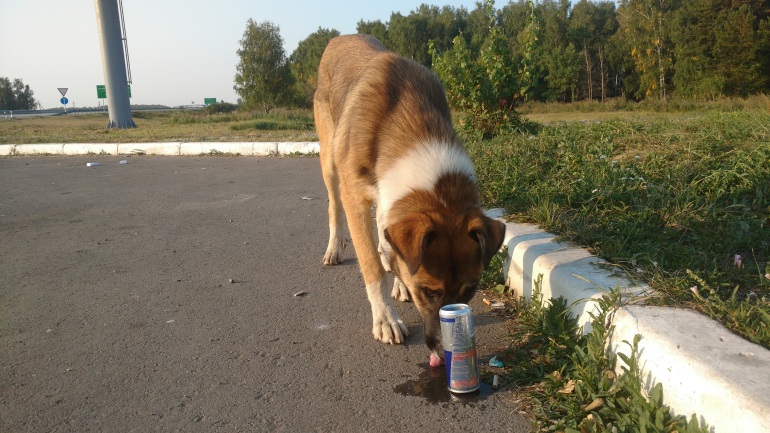 A car pulled in for me and all I could do was get in and leave him, and his confused eyes. This car took me all the way to Astana.

Despite the roads being in a dangerously poor condition, they do present some exceptional views. Travelling south through the steppe I could see nothing but desert. Looking ahead, the road trailed off into infinity. Quite often, the only car I could see was the one I was in. 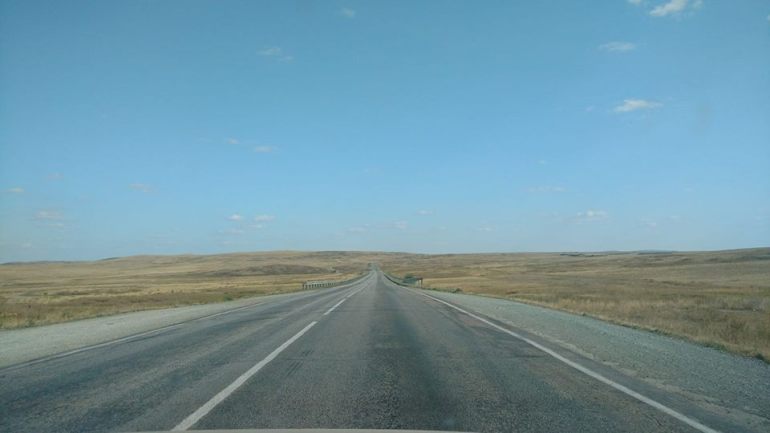 I checked into a $5 hostel in Astana feeling full of energy and motivated to be productive. I was going to read Ed Stafford’s ‘Walking the Amazon,’, because I was told, by him speaking at an event, that he documented how he overcame the most difficult challenge in any expedition – the mental one.

But as I sat on my bed, I realized I only had the energy to take a shower and get under the covers. I slept until the following morning. Tomorrow, I would talk with September.